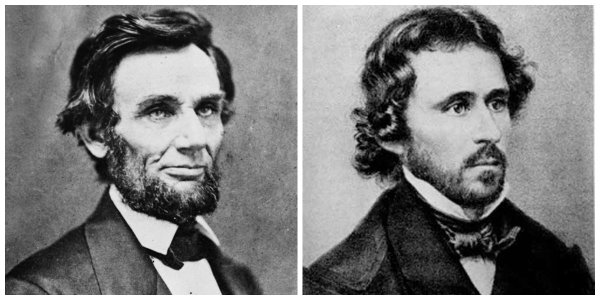 Fremont had not sought approval from his superiors before issuing his decree; in fact, Lincoln learned about it from a newspaper. Southerners immediately expressed outrage and declared that Fremont had revealed the true purpose of the northern aggression: freeing slaves and destroying the southern way of life. An article in the Louisville Courier declared:

“Like a thief in the night the spoiler comes, and today or tomorrow or next day he may be in our midst, our presses may be silenced, and our citizens sent off to share the fate of hundreds of political prisoners who now fill the cells of Fort Lafayette.”

Lincoln, who had better political timing than Fremont, knew that such a proclamation would undermine the war effort by inciting the loyal slave states and disrupting the fragile alliance between northern Democrats and Republicans. Therefore, he dispatched a messenger to deliver a letter to Fremont at his St. Louis headquarters.

Writing “in a spirit of caution, and not of censure,” Lincoln stated, “Two points in your proclamation of August 30th give me some anxiety.” First, Fremont’s threat to execute any armed person suspected of disloyalty could have an unintended consequence: “Should you shoot a man, according to the proclamation, the Confederates would very certainly shoot our best man in their hands in retaliation, and so, man for man, indefinitely.” Lincoln directed Fremont to “allow no man to be shot, under the proclamation, without first having my approbation.”

Second, freeing slaves in Missouri, a state that had not yet joined the Confederacy, “will alarm our Southern Union friends, and turn them against us–perhaps ruin our rather fair prospect of Kentucky.” Lincoln asked Fremont to modify his proclamation to conform to the Confiscation Act, which only allowed for seizing slaves directly aiding the Confederate war effort and then placing them in Federal custody, not freeing them.

Privately, Lincoln feared that the radical wing of the Republican Party had more loyalty to Fremont, an abolitionist and the first Republican presidential candidate, than to Lincoln. And if the radicals sided with Fremont rather than Fremont’s commander in chief, it would cause a major rift between the government and military. Lincoln’s fear was well founded because when Fremont read the president’s letter, he perceived it as an insult and refused to modify the order as Lincoln requested.

Meanwhile, some of Fremont’s subordinates had begun questioning his competence. Colonel Francis P. Blair, Jr. wrote to his brother Montgomery, Lincoln’s postmaster general, that Fremont “should be relieved of his command.” While Blair agreed with Fremont’s anti-slavery stance, he claimed that Fremont’s disorganized leadership demoralized his men. Blair also contended that Fremont’s “gross and inexcusable negligence” had allowed Confederate resistance to grow in Missouri. This marked a significant turnaround because the influential Blair family had lobbied for Fremont to be given the command in the first place.

“For every member of the Missouri State Guard, or soldier of our allies the Confederate States, who shall be put to death in pursuance of said order of General Fremont, I will Hang, Draw and Quarter a minion of said Abraham Lincoln…”

Thompson also pledged “to exceed General Fremont in his excesses, and will make all tories that come within my reach rue the day that a different policy was adopted by their leader.” Thompson alleged that “mills, barns, warehouses, and other private property has been wastefully destroyed by the enemy in this district… Should these things be repeated, I will retaliate tenfold, so help me God!”

At Washington, Lincoln met with General-in-Chief Winfield Scott on a rainy September 5th to discuss the Fremont situation. In addition to the proclamation, Lincoln had recently received more reports attesting to Fremont’s incompetence as department commander. One report alleged that Fremont and his staff had spent nearly $12 million on items such as steamboats, equipment, uniforms, and lavish entertainment.

Lincoln and Scott agreed not to remove Fremont, but rather to send an adjutant and inspector general to help him. Scott wanted to send Major General David Hunter, but Hunter held too high a rank for such a role, so he officially recommended that Lincoln send Brigadier General George Stoneman. Lincoln thought it over for a few days.

During that time, Lincoln’s cabinet and the Blair family urged Fremont’s removal. Sidestepping military etiquette, Lincoln wrote to Hunter asking a favor regarding the Fremont situation:

“He is losing the confidence of men near him, whose support any man in his position must have to be successful… (Fremont’s) cardinal mistake is that he isolates himself, & allows nobody to see him; and by which he does not know what is going on in the very matter he is dealing with.”

Lincoln explained that Fremont needed “to have, by his side, a man of large experience. Will you not, for me, take that place? Your rank is one grade too high to be ordered to it; but will you not serve the country, and oblige me, by taking it voluntarily?” Hunter accepted.