May 3, 1862 – Federal troops retaliated against Confederate attacks in northern Alabama by committing various atrocities against civilians. Incidents such as these indicated the beginning of a new and more brutal phase of the war.

Brigadier General Ormsby M. Mitchel, whose Federal division had been detached from Major General Don Carlos Buell’s Army of the Ohio to operate in central Tennessee and northern Alabama, had spent the past month clearing the area of Confederate guerrillas. On May 1, Mitchel bypassed Buell and reported directly to Secretary of War Edwin M. Stanton, “This campaign is now ended, and I can now occupy Huntsville (Alabama) in perfect security, while all of Alabama north of the Tennessee floats no flag but that of the Union.”

Stanton informed Mitchel that his “spirited operations afford great satisfaction to the President,” especially considering that Federals were not having much success in other theaters of the war. However, Confederate attacks remained a constant threat as the Federals occupied an area surrounded by hostile partisans and residents. Civilians participated in many of the attacks, but General Buell had ordered Mitchel’s men not to attack civilians in accordance with the Articles of War. 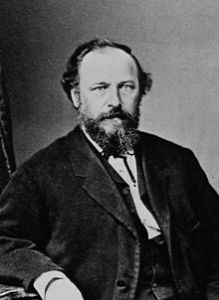 Men of the 19th Illinois Infantry sustained deadly attacks from raiders, and in one instance, a Federal soldier was burned to death when local residents refused to allow slaves to rescue him from a burning train. The 19th’s commander, Colonel Ivan Vasilevich Turchininov, a Russian immigrant now known as John Basil Turchin, sought revenge.

Turchin, who had served in the Russian Imperial Army and was alternately nicknamed the “Russian Thunderbolt” and “the mad Russian,” directed his men to plunder Athens, Alabama, by telling them in his accented English, “I shut mine eyes for von hour.” The Federals ripped through the town, raping several slave girls. They looted buildings and homes, filling their knapsacks with jewelry, watches, and silverware. When the troops returned without burning Athens, Turchin said, “I shut mine eyes for von hour and a half.” The Federals then torched the town.

The residents of Athens later filed 45 affidavits accusing the Federals of stealing property valued at $50,000. Turchin was later court-martialed and dismissed from the army for allowing such plunder and for allowing his wife to join him in battle. However, President Abraham Lincoln not only reinstated him but promoted him to brigadier general.

In another incident this month, Confederate guerrillas ambushed a train carrying the 3rd Ohio Infantry to Huntsville near Paint Rock. The regimental commander, Colonel John Beatty, wrote in his diary:

“I had the train stopped, and, taking a file of soldiers, returned to the village. The telegraph line had been cut, and the wire was lying in the street. Calling the citizens together, I said to them that this bushwhacking must cease. Hereafter every time the telegraph wire was cut we would burn a house; every time a train was fired upon we should hang a man; and we would continue to do this until every house was burned and every man was hanged between Decatur and Bridgeport. I then set fire to the town, took three citizens with me, and proceeded to Huntsville.”

One thought on “The War’s Harshness Intensifies”