By moving into Chattanooga, Bragg entered Major General Edmund Kirby Smith’s Confederate Department of East Tennessee. Smith had about 10,000 men at Knoxville, and after meeting with Bragg, he reported that:

The generals were confident of success based on the recent cavalry raids by General Nathan Bedford Forrest and Colonel John Hunt Morgan:

“The feeling in Middle Tennessee and Kentucky is represented by Forrest and Morgan to have become intensely hostile to the enemy, and nothing is wanted but arms and support to bring the people into our ranks, for they have found that neutrality has afforded them no protection.” 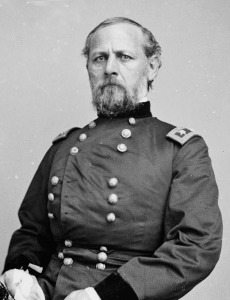 Buell’s methodical pace drew a reprimand from General-in-Chief Henry W. Halleck: “There is great dissatisfaction here (in Washington) at the slow movement of your army toward Chattanooga. It is feared that the enemy will have time to concentrate his entire army against you.”

Buell responded, “It is difficult to satisfy impatience, and when it proceeds from anxiety, as I know it does in this case, I am not disposed to complain of it. My advance has not been rapid, but it could not be more rapid under the circumstances. I know I have not been idle nor indifferent.”

Buell reported that there were about 60,000 Confederates in eastern Tennessee, “yet I am prepared to find the reports much more exaggerated than I have supposed, and shall march upon Chattanooga at the earliest possible day, unless I ascertain certainly that the enemy’s strength renders it imprudent. If, on the other hand, he should cross the (Tennessee) river I shall attack him, and I do not doubt that we shall defeat him.”

“I understand General Morgan has at Cumberland Gap nearly a month’s supply of provisions. If this be true then the reduction of the place would be a matter of more time than I presume you are willing I should take. As my move direct to Lexington, Kentucky, would effectually invest Morgan and would be attended with other most brilliant results in my judgment, I suggest I be allowed to take that course.” 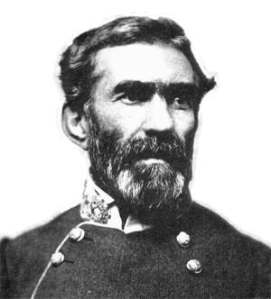 Bragg, who had originally envisioned Smith defeating Morgan and then joining him to defeat Buell, seemed intrigued by Smith’s idea of marching on Lexington and began considering whether he should advance into Kentucky as well. But to do so, Bragg would need help from his two forces in Mississippi under Major Generals Earl Van Dorn and Sterling Price. Bragg agreed with Smith’s revised plan but urged caution:

“It would be unadvisable, I think, for you to move far into Kentucky, leaving Morgan in your rear, until I am able to fully engage Buell and his forces on your left. But I do not credit the amount of Morgan’s supplies and have confidence in his timidity. When once well on the way to his rear you might safely leave but 5,000 to his front, and by a flank movement draw the rest to your assistance. He will never advance to escape. Van Dorn and Price will advance simultaneously with us from Mississippi on West Tennessee, and I trust we may all unite in Ohio.”

Smith notified Richmond, “My advance is made in the hope of permanently occupying Kentucky. It is a bold move, offering brilliant results, but will be accomplished only with hard fighting, and must be sustained by constant reinforcements.” He renamed his force the Confederate Army of Kentucky.

The three divisions bypassed Cumberland Gap and marched through the Cumberland Mountains before entering Kentucky on the 16th. Buell learned of Smith’s advance and guessed it was being coordinated with John Hunt Morgan’s Confederate cavalry raid in Kentucky. He dispatched Major General William “Bull” Nelson to lead a group of experienced officers “to organize such troops as could be got together there to reestablish our communications and operate against Morgan’s incursions.”

The Confederates occupied Barbourville, Kentucky, on the 18th. This was in George Morgan’s rear, threatening his supply line to Lexington. Smith wrote his wife, “Our men have marched night and day, and have carried their own subsistence in their haversacks for five days. Ragged, barefoot, they have climbed mountains, suffered starvation and thirst without a murmur.” Supply shortages and local Unionist sentiment prompted Smith to start moving toward Lexington.

Within Kentucky, civil unrest between Unionists and secessionists continued, as Governor Beriah Magoffin resigned under threats of assassination due to his refusal to pledge loyalty to either the Union or the Confederacy. The Unionist legislature had refused to endorse Magoffin’s proposal to allow the people to vote on whether Kentucky should stay in the Union.

Unrest within the Federal high command continued as well, as Halleck wired Buell, “So great is the dissatisfaction here at the apparent want of energy and activity in your district, that I was this morning notified to have you removed. I got the matter delayed till we could hear further of your movements.” Buell quickly responded:

“I beg that you will not interpose on my behalf. On the contrary, if the dissatisfaction cannot cease on grounds which I think might be supposed if not apparent, I respectfully request that I may be relieved. My position is far too important to be occupied by any officer on sufferance. I have no desire to stand in the way of what may be deemed necessary for the public good.”

As Buell remained relatively stationary, Smith continued his advance and Bragg prepared to mobilize as well.