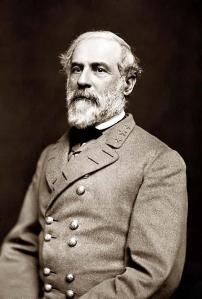 By Sunday the 7th, Lee’s Army of Northern Virginia was at Frederick, Maryland. Reports of “tremendous excitement” came from Baltimore, 45 miles away, as well as the nearby Pennsylvania capital of Harrisburg. Lee’s advance isolated the Federal garrisons at Harpers Ferry and Martinsburg from Washington. He developed a plan in which part of his army would capture Harpers Ferry while the rest moved north to cut the Baltimore & Ohio Railroad at Hagerstown. The Confederates would then destroy the Rockville bridge above Harrisburg.

The Confederates continued receiving a tepid response from the locals around Frederick, despite Major General Jeb Stuart hosting an elaborate ball southeast of town at Urbana. The festivities were interrupted by Federal artillery, which the Confederate horsemen rode out to silence before returning to their ladies at the party.

Concerned by the skepticism of Marylanders, President Jefferson Davis suggested to Lee:

“It is deemed proper that you should, in accordance with established usage, announce, by proclamation, to the people of Maryland, the motives and purposes of your presence among them at the head of an invading army; and you are instructed in such proclamation to make known.”

Lee assigned Colonel Bradley Johnson, a native of Frederick, to be provost marshal and issue an address to his friends, relatives, and neighbors:

“After 16 months of oppression more galling than the Austrian tyranny, the victorious Army of the South brings freedom to your doors. The men of Maryland, who during the long months have been crushed under the heel of this terrible despotism, now have the opportunity for working out their own redemption, for which they have so long waited and suffered and hoped.”

Johnson declared that the Confederate armies would not stop “until Maryland has the opportunity to decide for herself her own fate. We have the arms here for you, and rise at once in arms and strike for liberty and right!”

At the same time, Lee issued a statewide proclamation “To the People of Maryland”:

“The people of the Confederate States have long watched with the deepest sympathy the wrongs and outrages that have been inflicted upon the citizens… (The people) have seen with profound indignation their sister State deprived of every right and reduced to the condition of a conquered province… No constraint upon your free will is intended; no intimidation will be allowed within the limits of this army, at least. Marylanders shall once more enjoy their ancient freedom of thought and speech.”

“We know no enemies among you, and will protect all, of every opinion. It is for you to decide your destiny freely and without constraint. This army will respect your choice, whatever it may be; and while the Southern people will rejoice to welcome you to your natural position among them, they will only welcome you when you come of your own free will.”

The proclamations did not garner the support the Confederates hoped, indicating that the upcoming campaign may be harsher than expected. That same day, Lee wrote Davis suggesting that he offer to discuss peace with the Lincoln administration based on Confederate independence:

“Such a proposition, coming from us at this time, could in no way be regarded as suing for peace; but, being made when it is in our power to inflict injury upon our adversary, would show conclusively to the world that our sole object is the establishment of our independence and the attainment of an honorable peace.

“The rejection of this offer would prove to the country that the responsibility of the continuance of the war does not rest upon us, but that the party in power in the United States elect to prosecute it for purposes of their own. The proposal of peace would enable the people of the United States to determine at the coming elections whether they will support those who favor a prolongation of the war, or those who wish to bring it to a termination…”

Meanwhile, McClellan’s Army of the Potomac continued moving north, even though McClellan was still unsure where the Confederates were. As the Federals advanced to within 30 miles of the enemy, President Abraham Lincoln received alarming reports that General Braxton Bragg’s Confederate Army of Mississippi was moving north from Chattanooga to join forces with Lee. He sent messages, “Where is Gen. Bragg?” and “What about Harper’s Ferry?” but received no response.

By the 8th, McClellan’s Federals were at Rockville, Maryland, on the Monocacy River about 25 miles south of Lee. Lincoln asked, “How does it look now?” McClellan responded, “I think that we are now in position to prevent any attack in force on Baltimore, while we cover Washington on this side. We are prepared to attack anything that crosses the Potomac this side of the Monocacy.”

McClellan still asserted he was “by no means satisfied yet that the enemy has crossed the river in any large force. I am ready to push in any direction,” hoping “very soon to have the supplies and transportation so regulated that we can safely move farther from Washington, and clear Maryland of the rebels. The time occupied in ascertaining their position, strength, and intentions will enable me to place the army in fair condition. As soon as I find out where to strike, I will be after them without an hour’s delay.”