The Second Battle of Winchester

June 15, 1863 – The vanguard of the Confederate Army of Northern Virginia attacked the supposedly impregnable Federal defenses at Winchester, precipitating a Federal disaster. 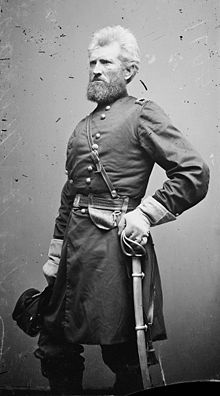 Schenck ultimately left it to Milroy to decide whether to abandon Winchester, and Milroy opted to stay and defend the three forts north and west of town. By the 14th, two divisions from Lieutenant General Richard Ewell’s Confederate Second Corps, led by Major Generals Edward “Allegheny” Johnson and Jubal Early, were closing in on Winchester from the south, east, and west.

Milroy’s Federals pulled back into the forts. President Abraham Lincoln, seeing the potential for disaster, wired Schenck at Baltimore, “Get Milroy from Winchester to Harpers Ferry if possible. If he remains he will get gobbled up, if he is not already past salvation.”

Johnson feinted from the south and east, while Early positioned his troops to the west. The Confederates brought up 22 guns and began bombarding the forts at 6 p.m. At 6:45, one of Early’s brigades attacked the main fort to the west, while Johnson drove against the two to the north. Early’s men captured one of Milroy’s key earthworks, and the Confederates nearly surrounded the Federals by nightfall.

Meanwhile, the rest of Ewell’s corps, Major General Robert Rodes’s infantry division and Brigadier General Albert G. Jenkins’s cavalry, attacked the 1,500-man Federal garrison at Martinsburg, behind Milroy to the north. Jenkins attacked first; the Federals initially held firm but evacuated as many supplies as possible before being overrun. By the time Rodes’s infantry arrived, many of the Federals had escaped. But the Confederates still took 700 prisoners, along with five guns and a large amount of supplies.

Back at Winchester, Milroy held a council of war at 9 p.m. Surrender was not an option since Milroy was considered an outlaw by the Confederate government and could face execution for his suppression of civilians and his liberation of slaves. The officers agreed to try escaping northeast to Harpers Ferry, via Martinsburg, along the same route Milroy had used last year to elude “Stonewall” Jackson.

The Federals were to move out at 1 a.m., but before they left, they had orders to destroy all the wagons, guns, and supplies they could not take with them. The men began moving toward Stephenson’s Depot, on the Martinsburg Turnpike four miles north of Winchester. 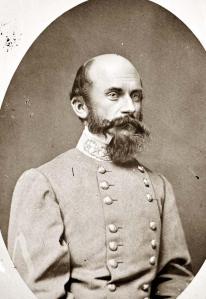 Ewell, who had served under “Stonewall” Jackson, anticipated Milroy’s plan and ordered Johnson to block the turnpike at Stephenson’s Depot. This maneuver, which was very difficult to execute in darkness, took five hours. Nevertheless, the Confederates reached the depot around 3 a.m., ahead of the retreating Federals.

During this time, messages were exchanged between Lincoln and Major General Joseph Hooker, commanding the Army of the Potomac. Lincoln asked incredulously, “Do you consider it possible that 15,000 of Ewell’s men can now be at Winchester?” He then asked if Hooker could somehow rescue Milroy. Hooker replied, “I do not feel like making a move for an enemy until I am satisfied as to his whereabouts. To proceed to Winchester and have him make his appearance elsewhere, would subject me to ridicule.”

Lincoln cited Hooker’s own message stating that the corps of both Ewell and Lieutenant General James Longstreet had left Culpeper Court House. If Hooker was right, then, Lincoln wrote, “I should feel sure that Winchester is strongly invested.” Secretary of War Edwin M. Stanton then informed Hooker that Ewell’s corps was divided between Martinsburg and Winchester, but Hooker still would not move.

As Milroy’s Federals approached Stephenson’s Depot, they saw the Confederates blocking their path at a bridge. They tried fighting their way through, but rather than use his numerical advantage for one overwhelming assault, Milroy sent his men against the enemy piecemeal. The Confederates scattered the Federals with artillery, and as the sun rose, Milroy ordered them to disperse. They fled in all directions as the Confederates rounded most of them up.

The Federals sustained 443 casualties and lost over 4,000 taken prisoner. Milroy escaped. The Confederates also took 23 guns, 300 wagons, 300 horses, and enormous amounts of supplies while losing just 269 men (47 killed, 219 wounded, and three missing). Ewell’s victory at the Second Battle of Winchester was greater than Jackson’s victory over Nathaniel P. Banks in the first.

This, along with the victory at Martinsburg, cleared the Federals out of the Shenandoah Valley and opened the path for General Robert E. Lee’s Army of Northern Virginia to invade the North. Rodes’s division under Ewell became the first Confederate unit to cross the Potomac River. Jenkins’s Confederate cavalry rode on toward Chambersburg, Pennsylvania, to gather supplies.

A court of inquiry later investigated Milroy’s conduct at Winchester, including his insistence on holding the town and his claim that he could withstand any Confederate attack. The court absolved Milroy of any blame for the fiasco, but he never held a significant command again.

One thought on “The Second Battle of Winchester”