Letter from Florence McCarthy, a chaplain for the 7th Virginia Volunteer Infantry 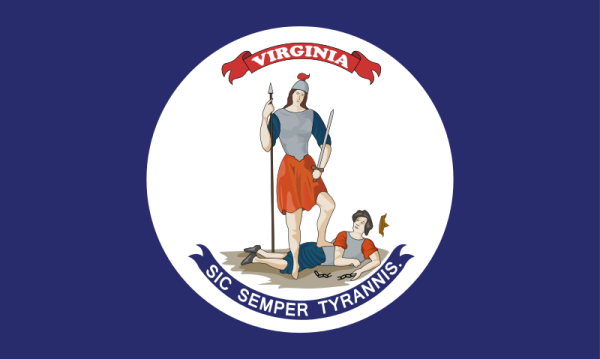 I saw Billy a few days ago. He was cheerful and in excellent health and said that Julian was well as usual.

They were in the hottest of the battle. Jim Marpin and another young man were shot through and through by a cannon ball at Billy’s gun.

Williamsport is a one-horse town on the north bank of the Potomac and in the western part of the valley. The houses are riddled and almost all deserted, and the country for a mile around is fetid with beef offal, and dead horses. We passed through this place on our way north, went from here to Hagerstown and then to Greencastle, Pa., Chambersburg, Pa., Gettysburg, Pa.–where we fought–and then to Hagerstown, Maryland, and Williamsport, Maryland, again. At the present Ewell’s Corps is at Hagerstown, Picket’s Division is here, and I have no conception where the remainder of the army is unless it has gone to Boonsboro or Sharpsburg.

I have been marched nearly to death. In coming from Gettysburg here, we marched three days and two nights without stopping except long enough to cook food. Most of the time it rained and the roads were perfectly awful. My socks have given out, I can buy none, beg one, steal none and it is a matter of impossibility to get a piece of clothing washed. I am lousy and dirty and have no hope of changing flannel for weeks to come. Food has been scarcer than ever. We are now enjoying a resting spell, which has already lasted three days.

We passed through Berryville, Virginia. The ladies were very kind and polite to the soldiers, but appeared to me to be rich, unrefined and ugly and ill-favored generally. Williamsport is a nest of abolitionists and free negroes. Hagerstown shut up the windows and put on mourning when we came, but when the Yankee prisoners came through went into ecstasies. Greencastle is a pretty place of about two hundred inhabitants connected by railroad with Chambersburg. Chambersburg is a pretty little city of six thousand inhabitants. I could not get into Gettysburg. It was torn all to pieces with shell…

Our men have strict orders to take nothing without paying, but they do just as they please, which is not a twentieth part as bad as they did in Virginia. The chickens, hogs and vegetables are being consumed rapidly. The crop in some places will be ruined by camps and by stock, but we have not hurt them enough to talk about. All their public property except state property has been destroyed that we could destroy.

The Battle of Gettysburg was the most awful of the war, but the battle proper did not last three hours. Our division is thought to have suffered most. It has been detailed a provost errand for the army, so small has it been made. I’m inclined to think, however, that it will be kept in the field and compelled in the future as in the past to do the hardest marching and the hardest fighting of the war.

Colonel Patton, it was thought, was killed. Colonel Flowers has been reinstated and has taken command. He is the most immodest, obscene, profane, low flung blackguard on the earth and hates me with a perfect hatred. I do not believe I have another enemy in the regiment but him. He had tried his best last year to disgrace and ruin me and I expect now he will try harder than ever. I shall not be surprised at anything he does. My plan is to keep cool, say nothing and suffer everything…

Give my best love to pa and ma and all.

One thought on “From Florence McCarthy, 7th Virginia”